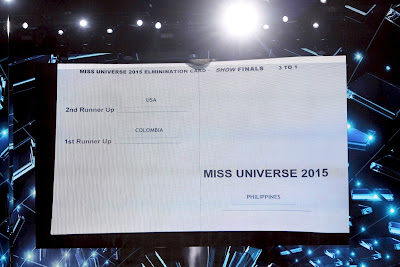 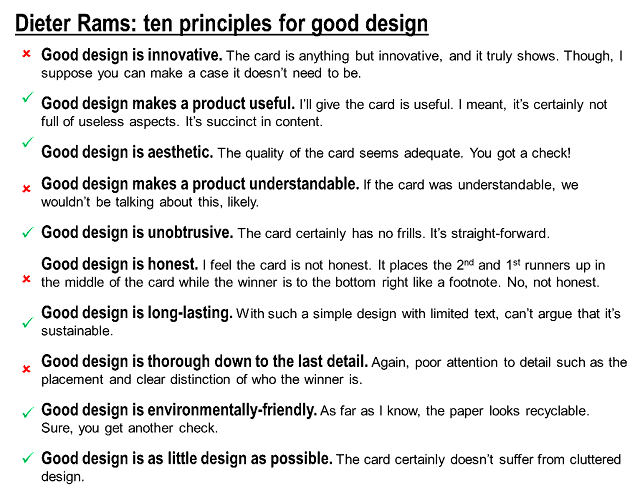 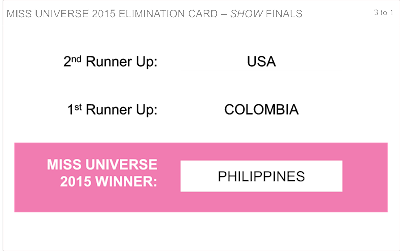 Okay, so I’m still not a designer. However, this took five minutes in PowerPoint, and it’s got a clearer message as to who won. The eyes follow a logical and natural progression from top to bottom with who won.
Point is, UI and UX extend beyond technology of websites and applications. They’re crucial, too, in physical collateral whether that be brochures, business cards, and even pageant winner cards. See this bathroom door as another example.
How would you design the card for Miss Universe? Any other poor designs you’ve seen, and you think you could design something better?
December 22, 2015/by Daryl Lu
http://www.daryllu.com/wp-content/uploads/2018/10/entrepreneurial-ninja_logo_sm.png 0 0 Daryl Lu http://www.daryllu.com/wp-content/uploads/2018/10/entrepreneurial-ninja_logo_sm.png Daryl Lu2015-12-22 16:49:002020-12-09 10:13:25The Miss Universe Card Failed in One Glaring Design Principle – Being Understandable
I recently stumbled on an article on TechCrunch about empty state designs – “The Most Overlooked Aspect of UX Design Could Be The Most Important”. It’s pretty good, and I won’t rehash the whole thing.
In gist, empty state design refers to the design and experience (UI/ UX) of an application when a new user opens an app or new feature. For example, if you just downloaded a photo sharing app, what would the app say and do to motivate you to use it? Poor empty state designs can lead to confusion, diminished interest, and the like which ultimately yields high churn early on.
Benjamin Brandall, the author, writes empty state designs should tell the user three things:

Body Boss was built quite feature heavy without clear call-to-actions upon new registration. We noticed this more apparently when we were signing up coaches on the spot at a trade show early on.

When coaches entered, there was an empty dashboard because no players had done any workouts yet. It was just a great-looking black screen. That’s not useful or sexy.
Similar to what the article suggests and what is common in successful apps today, we added a Getting Started Wizard walking coaches through setting up their organization.
The result was more coaches knowing exactly what they needed to do to get started. We saw engagement rise especially in areas like inviting coaches, setting up groups, etc. The wizard was a great tool to complement our drip onboarding emails, too, to additionally provide structure in the onboarding process.
Check out Brandall’s article, and let me know your thoughts!
November 24, 2015/by Daryl Lu
http://www.daryllu.com/wp-content/uploads/2018/10/entrepreneurial-ninja_logo_sm.png 0 0 Daryl Lu http://www.daryllu.com/wp-content/uploads/2018/10/entrepreneurial-ninja_logo_sm.png Daryl Lu2015-11-24 14:19:002020-12-09 10:13:26Starting With Nothing: Solving Early Churn With Empty State Design
Working with several startups over the last couple years, I’ve noticed a recurring theme with well-funded companies using third-party contractors – that is, many sacrifice quality in favor of urgency to deliver a more feature-rich product oftentimes by cutting corners.
That is, startups aim for seemingly arbitrary dates to deliver a product, forgoing things like customer discovery or shifting responsibilities to contractors. In some cases, contractors have not worked in the startup environment or are bought into the business to make the best decisions.
Funding/ money is a funny thing – you want it, but without control, can set unrealistic expectations and take the scrappiness out of startups. You may expect quality to go up, but instead, efforts to ameliorate investors by hitting deadlines motivate the startup to cut corners and sacrifice quality; whereas in bootstrapped, lean startups, quality is tuned to critical elements, and growth occurs more organically.
These aren’t rules… but rather anecdotes of what I’ve seen.
What are your thoughts on how funding has affected startups and expectations? How would you implement some of the lean startup and scrappy methods in a well-funded startup? How else could startups use contractors more effectively?
July 27, 2015/by Daryl Lu
http://www.daryllu.com/wp-content/uploads/2018/10/entrepreneurial-ninja_logo_sm.png 0 0 Daryl Lu http://www.daryllu.com/wp-content/uploads/2018/10/entrepreneurial-ninja_logo_sm.png Daryl Lu2015-07-27 14:21:002020-12-09 10:17:37Funding + Contractors = Unrealistic Expectations = Cutting Corners?
I wish we had tracked user engagement better with Body Boss; though, I knew where coaches were getting stuck and why they weren’t experiencing the value of what we built. I have a list of 85 schools who trialed Body Boss within 14 months, but only converted 16%. To boost conversion, we added features… Whoops!
We built several features that did lead to conversions and got us closer to product-market fit. That is, we built critical workout features that coaches needed. However, we also added features that didn’t lead to conversions like Pods – ability to track multiple player workouts with a single device vs. a one player, one device before. Coaches were really impressed with Pods and it led to several trials, but not to conversions.
Why didn’t Pods or other great features not lead to conversions? Simple – the coaches never got to the point to use Pods.
What we built and why we built, is what entrepreneur Joshua Porter calls the “Next Feature Fallacy” (see: The Next Feature Fallacy).
In retrospect, the major hurdle of user/ coach engagement was building a workout program. We had improved the experience several times since v1.0; however, most fixes were band aids, and didn’t solve the problem.
So to use the new Pods feature, coaches had to build a workout program. Except, if coaches were having issues building a workout program, then they never got to Pods.
Instead of building new features like Pods (a nice-to-have), we should have focused our efforts on user experience and helping coaches get started with Body Boss. Once we got coaches using the system, we could then track engagement metrics and tested the adoption of features like Pods.
What else could we have done to address the engagement issue? How have you developed features that consistently added value?
July 23, 2015/by Daryl Lu
http://www.daryllu.com/wp-content/uploads/2018/10/entrepreneurial-ninja_logo_sm.png 0 0 Daryl Lu http://www.daryllu.com/wp-content/uploads/2018/10/entrepreneurial-ninja_logo_sm.png Daryl Lu2015-07-23 15:31:002020-12-09 10:17:37We Built an Awesome Feature No One Ever Got Use
Ah, the world is changing so damned fast, and the plethora of technology and startups is sometimes overwhelming. So what gives? How does one really bring in consumers and cultivate the relationship in such a way that they don’t leave? My answer: user engagement/ experience.
If you’ve been reading my blog for every so often, chances are you’d have read me go on about how technology is, in many ways, fragmented. APIs, large platforms, access and ease to program, etc. has lowered the barriers to entry (acquire) and exit (churn). Refer to “Who’s poised to profit in this fragmented, online dating world of startups?” The key for success for today’s entrepreneurs and is almost becoming the minimum/ common denominator is beautiful design and an engaging, easy user experience.
In fact, I actually once wrote how design was a key lever in success in “Winning Combination = Speed + Design + ???”. In retrospect, I should have chosen my words more wisely and had substituted “Design” with “User Experience”. I read a great Fast Company article about this evolution from design to user experience – “Move Over Product Design, UX Is The Future”. The article has several interesting points about this shift and this “[g]lobal competition and technological diffusion” per FastCo.
Here are a few takeaways and nuggets from the article:
I change the word from “customer” to “consumer” in many of the above after sitting down recently with MaxMedia. MaxMedia is a consumer engagement company here in Atlanta. They believe that there’s a much, much larger scope of people who “consume” an experience, a brand, an idea who may not actually be “customers”. I tend to then think consumer is the aggregation of both prospects (target and non-target prospects), and customers. MaxMedia has recently announced a new approach (for marketing but for real) called You&Me. The focus is all about – you guessed it – consumer engagement with the brand.

Okay, so let me step back and close this baby out…
Technological innovation isn’t enough these days. It gets you out the door, but by and large, the market catches up, and you’re struggling to hold onto those precious consumers. UX is key to bringing in consumers as well as preventing them from leaving. UX can be the difference between why I switched from Pandora to Spotify. UX is the masterstroke that enabled Airbnb to grow so fast, and made renting someone’s home for a more local experience rather than focus on price. Uber stepped back and reimagined the whole experience of ordering a car, and now, it’s so easy and fun to call your “own personal” black car service. The tech behind it all is cool, sure, but to us as consumers, it’s all just fun and opens our world to much greater.
What are your thoughts on the criticality of user experience in business/ startups? How do you see the interplay between the underlying technologies and user experience in gaining new consumers and keeping existing?
July 30, 2014/by Daryl Lu
http://www.daryllu.com/wp-content/uploads/2018/10/entrepreneurial-ninja_logo_sm.png 0 0 Daryl Lu http://www.daryllu.com/wp-content/uploads/2018/10/entrepreneurial-ninja_logo_sm.png Daryl Lu2014-07-30 13:47:002020-12-09 10:18:07U in UX stands for You: The Evolution of Consumer Engagement
Scroll to top