Warning: Creating default object from empty value in /home/customer/www/daryllu.com/public_html/wp-content/themes/enfold/config-templatebuilder/avia-shortcodes/slideshow_layerslider/slideshow_layerslider.php on line 28
 user engagement Archives - Daryl "Entrepreneurial Ninja" Lu
I was back with a startup I’m advising this past weekend discussing the importance of metrics. Or rather, more specifically, what you get with event tracking apps like MixPanel vs. Google Analytics.
So let’s start with an example from my office – tours at Atlanta Tech Village.

You’ve taken the tour before, but you’re here with 2 friends who have never been. Meanwhile, there are seven other tour guests to which two say they’ve taken the tour again, but they loved it so much they’re doing it again.

The tour starts downstairs in the lobby before entering the rec room with game consoles, a ping pong table, shuffle board, and a kitchen.

Then, the tour goes through the “hot desk” area before re-entering the lobby and going up a flight of stairs to the second floor with dedicated desks and some smaller offices.

The group then goes up to one of 3rd, 4th, or 5th floors to see the larger office spaces. The tour guide is showing the group the kitchen as well as maybe an introduction to a startup who happens to have a door open.

Then, the group goes up the roof to check out the sweet rooftop patio.

The group may also then head all the way to the basement where the gym is. Then, the tour ends going back to the first floor – lobby.

Got the flow? Awesome. Let’s talk about this from Google Analytics and event-tracking with MixPanel (for example).
If tour visitors were tracked in a Google Analytics-like way:

Event-tracking with MixPanel would show you…

… are you starting to see what event-tracking is? In this case, MixPanel is telling me more details of what happened on the tour – events. MixPanel is able to tie in user data because a few of us signed in from the beginning.

Google Analytics is able to quickly and automatically track much about our tour group’s visit. However, it’s still pretty high-level, and though it can be exhaustively tweaked to track a lot of events, it would take a lot of work to get the data and make sense of it all. Event-tracking apps like MixPanel are made for this stuff.
Google Analytics is a powerful tool that does a lot out of the box, and should be one tool for marketing insights. An app like MixPanel allows far greater insights for customer engagement, product roadmap, and yes, marketing.
Ah and another difference between Google Analytics and MixPanel… Google Analytics relies on cookies to associate site visitors as new or returning. However, if I stayed silent at the beginning of the tour and didn’t say anything, that’s like me hiding or starting a new “cookie” session. Google Analytics would count me as a new visitor. MixPanel could recognize me as a returning visitor in the system because I would sign back in as part of the tour.
Google Analytics. Easy set-up. Automatic high-level aggregate tracking. Insights via cookies.
MixPanel. Much more work to set up. Tracks the details (events) of visits and engagement at the individual level. Easier to build and determine funnels (drop-offs) of users as they move.
Hope this was helpful. Get trackin’!
October 12, 2016/by Daryl Lu
http://www.daryllu.com/wp-content/uploads/2018/10/entrepreneurial-ninja_logo_sm.png 0 0 Daryl Lu http://www.daryllu.com/wp-content/uploads/2018/10/entrepreneurial-ninja_logo_sm.png Daryl Lu2016-10-12 14:03:002020-12-09 10:11:38Google Analytics vs. Event Tracking Apps – Through the Lens of an Office Tour 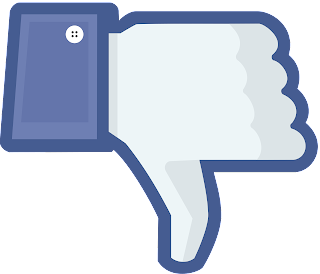 Having done sales and product management for a little while with startups including my own, I’ve realized how much “likes” mean little in the way of actual usage and conversion.
I’ve heard plenty of times how prospects “like” a product or service, but then these leads go cold. Or a trial sign-up that never converted. What sounded like sure-wins were not at all. (This is why I get excited about a sale only after two weeks have passed since the check’s cleared.)
A lot can influence these gone-cold leads from poor marketing that gave the wrong expectations, lack of sales diligence and perseverance, competitive products and services, etc.
You can sense a prospect’s buying interest by his emotion and his engagement in a conversation. I compare the “you have something here” or “I like how this does that” to the social media “Like” button. The term and the “feeling” is fleeting and seldom means anything of real consequence.
Instead, as a salesperson, as an entrepreneur, as a product engineer, etc., we should be chasing love. We should be doing what we can to generate love for our product or service. Taking a few words from Sam Altman’s (President of renowned startup incubator Y Combinator) Startup Playbook:

Your goal as a startup is to make something users love. If you do that, then you have to figure out how to get a lot more users. But this first part is critical—think about the really successful companies of today. They all started with a product that their early users loved so much they told other people about it. If you fail to do this, you will fail. If you deceive yourself and think your users love your product when they don’t, you will still fail.

Love comes from actual engagement and use of a product. Love comes from solving a real pain point… a “hair-on-fire” problem. It drives prospects to buy and users to engage. It creates word-of-mouth marketing and social proof. Love is the foundation of successful companies.
Though, can you turn all those “likes” you get into love?
April 21, 2016/by Daryl Lu
http://www.daryllu.com/wp-content/uploads/2018/10/entrepreneurial-ninja_logo_sm.png 0 0 Daryl Lu http://www.daryllu.com/wp-content/uploads/2018/10/entrepreneurial-ninja_logo_sm.png Daryl Lu2016-04-21 12:49:002020-12-09 10:13:18Stop Chasing Likes
On Tuesday, I shared a post on one of the greatest overlooked challenges by startups, and in particular, first-time entrepreneurs — considering change management.
It’s imperative to consider the change management piece of any service or product — change management being the leading the transformation of the people within the organization. This is especially important with customers with multiple layers.
Executives may be motivated to use a product or service for the benefit of the enterprise, but if the solution fails to integrate easily into the workflow of the “employees”, there’s a high likelihood of low adoption. With low adoption comes missed value which yields customer churn.
Change management involves a lot. I’ll take some examples from a SaaS perspective since I’m more accustomed to this arena — some key areas where a startup will surely fail:
Obviously, there are many more ways to encourage failure through poor change management processes. Successful startups build a product and service that considers the people of the organization —their motivations, fears, and workflows.
April 7, 2016/by Daryl Lu
http://www.daryllu.com/wp-content/uploads/2018/10/entrepreneurial-ninja_logo_sm.png 0 0 Daryl Lu http://www.daryllu.com/wp-content/uploads/2018/10/entrepreneurial-ninja_logo_sm.png Daryl Lu2016-04-07 13:32:002020-12-09 10:13:19Do These Change Management Practices To Ensure Failure
One of the biggest challenges often overlooked by first-time entrepreneurs is change management. This was always a challenge when I was a supply chain consultant, and it was incredibly true as a founder of Body Boss.

In consulting, I made recommendations, set strategies, and led implementations for transformations set by company execs. The transformations almost always had great intentions and great financial benefits that would otherwise seem like no-brainers to work.
However, the greatest challenges weren’t the systems and processes to implement. Instead, the greatest challenges were leading and managing the change within the people of the organization. Different backgrounds, different skill levels, different motivations… everything impacted the people. The efficacy of leading change with the people dictated the success of transformations. Bain & Company cites “more than 70 percent of major change efforts typically fail” (see Results Delivery), and it’s largely due to change management.
Technology startups looking sell to businesses or consumers face a similar task in considering their products and services, especially in multi-layered organizations. In today’s world of quick-to-implement SaaS solutions, the effectiveness of change management can be a major component of user engagement and retention metrics (i.e. Day 1 returning users (“D1”), D7, D14, etc.).
When thinking about change management, entrepreneurs would do well to:
April 5, 2016/by Daryl Lu
http://www.daryllu.com/wp-content/uploads/2018/10/entrepreneurial-ninja_logo_sm.png 0 0 Daryl Lu http://www.daryllu.com/wp-content/uploads/2018/10/entrepreneurial-ninja_logo_sm.png Daryl Lu2016-04-05 14:45:002020-12-09 10:13:19One of the Great Challenges Overlooked by Entrepreneurs
I want to continue my post from Tuesday about the importance and value of instrumentation. Today, I want to share SaaS metrics that can be answered with proper instrumentation (operational and business).

I get excited when a company properly instruments their products and services. It demonstrates tremendous maturity and understanding to recognize engagement data will drive confirmation (or rejection) of hypotheses, and thus, enables smarter business decisions.

What are some other metrics you find useful? How would you measure success in your company?
January 28, 2016/by Daryl Lu
http://www.daryllu.com/wp-content/uploads/2018/10/entrepreneurial-ninja_logo_sm.png 0 0 Daryl Lu http://www.daryllu.com/wp-content/uploads/2018/10/entrepreneurial-ninja_logo_sm.png Daryl Lu2016-01-28 15:49:002020-12-09 10:13:238 Metrics from Proper Instrumentation of a Business and Its Product
One of the chapters of my book is all about measuring engagement and implementing analytics – chapter aptly dubbed, “What gets measured gets improved.”
The lesson is to “instrument” an application to gather data points of how users interact with the product. Quickly, you can assess if users are traversing all the steps of a Getting Started Wizard, getting stuck while building out a team, or exiting a page with above-average frequency.
We implemented Google Analytics at Body Boss which delivered anonymized data at an aggregate level – useful, but doesn’t give finer perspective into engagement. More powerful instrumentation would including capturing “events” to every actionable UI element (i.e. button), page, etc. For example, in Twitter, events would include when a user navigates to a user’s profile, scrolls down, Likes a tweet, and then searches for another user.
There are many fascinating tools for instrumentation on web pages, in-app uses, and beyond. Here are a few I’ve recently got to play with:

In gist, there are lots of tools available for instrumentation with overlapping features. It’s fun learning about these tools now, and dreaming of how great these would have been at Body Boss. Though, several tools didn’t exist three years ago… inherent problems don’t change, but solutions do.

What are your thoughts on instrumentation? What tools do you use?
January 26, 2016/by Daryl Lu
http://www.daryllu.com/wp-content/uploads/2018/10/entrepreneurial-ninja_logo_sm.png 0 0 Daryl Lu http://www.daryllu.com/wp-content/uploads/2018/10/entrepreneurial-ninja_logo_sm.png Daryl Lu2016-01-26 14:25:002020-12-09 10:13:23What Gets Measured Gets Improved: Tools for Instrumentation
Rebekah Campbellknew at the beginning that the original plan for her tech startup wasn’t going to work. Yes, even before launching. Campbell is the Founder of Posse, the app where the community of your friends share recommendations and favorite places.
Campbell recently shared her experience on the New York Time’s blog – “When Plan A Doesn’t Work”. She had received funding for her loyalty app, to put it simply, but from the get-go, she knew that it would suffer. In fact, it crystallized as she forgot to download the loyalty app her hair stylist told her about after her appointment. She had focused so much attention on the merchant side, but didn’t think much around user engagement.
In many businesses, products and services actually cater to more than one user beyond your actual customer. Campbell’s experience is reminiscent of Body Boss, and how the two user groups we had to cater to – coaches/ trainers and players.
Some key take-aways from Campbell’s piece:
Of course I would love and appreciate this post – it was published on my birthday! Well, okay, it was obviously for its content. At Body Boss, we realized early on that we had two major user groups with very different inclinations for technology in coaches and players. We didn’t quite address this as quickly as we would have liked, and that could be a factor of our bootstrappy-ness; whereas, Campbell could iterate quickly with full-time employees with venture capital.
Campbell’s Posse 2.0 launched in March 2013 with over 70,000 users and 40,000 stores globally (at the time of publish). Looks like they’ve got some good momentum, and I’m hoping they go far.
What are your thoughts about Campbell’s article? How else could Campbell have iterated quickly to find the right product/ market fit to address customer engagement?
April 30, 2014/by Daryl Lu
http://www.daryllu.com/wp-content/uploads/2018/10/entrepreneurial-ninja_logo_sm.png 0 0 Daryl Lu http://www.daryllu.com/wp-content/uploads/2018/10/entrepreneurial-ninja_logo_sm.png Daryl Lu2014-04-30 14:19:002020-12-09 10:18:11Staring Into the Entrepreneurial Crystal Ball: Foresee Your Doom
Scroll to top