Warning: Creating default object from empty value in /home/customer/www/daryllu.com/public_html/wp-content/themes/enfold/config-templatebuilder/avia-shortcodes/slideshow_layerslider/slideshow_layerslider.php on line 28
 fuck Archives - Daryl "Entrepreneurial Ninja" Lu
F*ck. Grabs your attention, right? Leave it to Mark Manson, then, to write a book titled, “The Subtle Art of Not Giving a F*ck”. Call it another “self-improvement” guide to attaining that oh-so-happy-life. Except Mark does so dropping f-bombs. A lot. 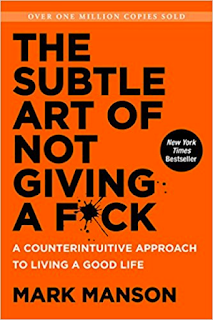 As I wrote a couple weeks ago in Frustration from Nothing, the book started to resonate with me from the first chapter. The point in that post and in a recurring theme of the book was being happy with the present – not always striving for more.
Some good tidbits of wisdom in the book:

Mark Manson’s book was enjoyable not only for resonating with my own ideas, but also shedding light on ideas I hadn’t considered, or considered but didn’t understand – the notion about travel and its ability to show us cultures vastly different from my own, as one example.