I’ve always been a Microsoft fan even with their Vista debacle. It’s been sad to see for many years Microsoft lose its position as a dominant company losing market share for… complacency.
But, I’ve been impressed the last several years as Microsoft has re-emerged as an innovative company. So innovative that several developers and engineers I know have shifted from Apple’s ecosystem to Microsoft’s recently. Microsoft’s re-emergence from several lackluster years have been spearheaded by Satya Nadella, Microsoft’s 3rd CEO who took the reins of the Redmond corp in February 2014. 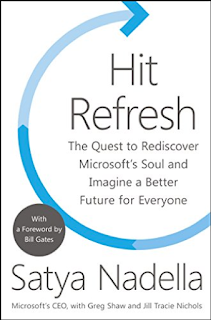