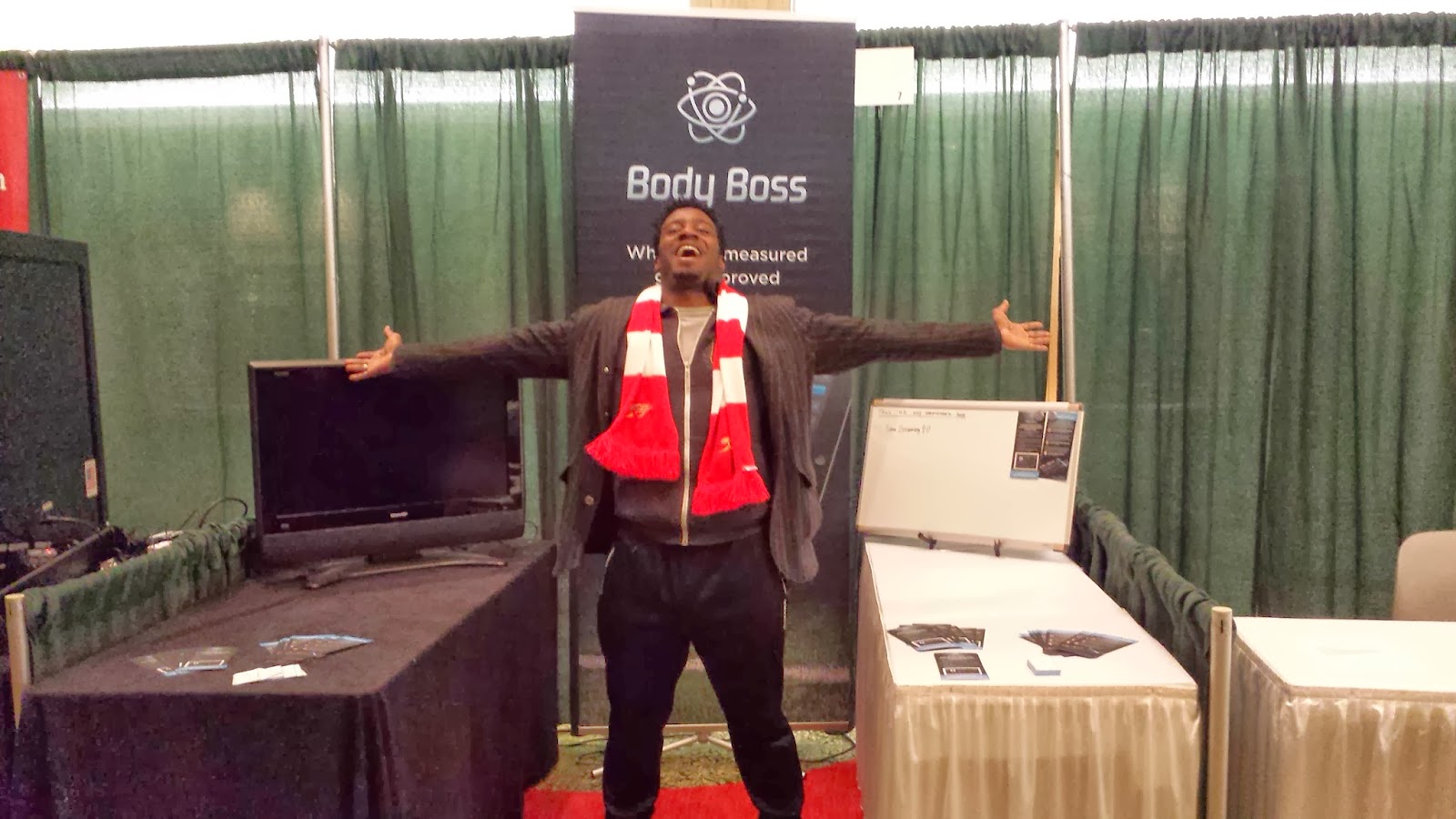 This past weekend, the Body Boss team and I attended the Glazier Football Clinic in Atlanta. Last year, over 1,800 coaches – primarily high school and from the southeast – congregated to attend some great speakers (including Georgia Tech’s Director of Player Development John Sisk) and check out some of the latest “toys” vis-à-vis vendors like us. Oh, and like all conferences, it’s also a bit of a high school reunion for these coaches to see old friends again on an annual basis. I wrote about the experience in the post “Spreadsheets SUCK! No, really, see what Coaches wrote…”
Last year, we attended this clinic and a few others, and we admittedly didn’t have some important features in Body Boss. We heard it over and over again from coaches asking us, “Do you have an app?” (We had a mobile web app.) “Can you still printout group workouts?” (No, just individuals.) “I have younger players so we don’t strength train.” (Well, you can sorta do body weight tracking…)
This year, we were able to answer just about every question. Body Boss had evolved so much since we first launched and the 2013 Glazier Clinic and the subsequent Clinics. We heard from coaches and over and over again about specific features, and we built out those features that the most anti-Body Boss customers wanted/ needed. So imagine now our excitement in being able to sell a product that the coaches actually ASKED FOR!

Yeah… that’s how that went. But we also had a greater time at this clinic because of the way we engaged coaches and focused in on not necessarily the benefits right off the bat, but instead, we opened around pain points. See, the old-school way of doing things was always to either write down a workout on a whiteboard or use Excel to printout workouts, and then have the time and energy to enter all that data for the team back into a spreadsheet. Clearly, you can see the annoying and time-consuming efforts in that. We challenge the old-school way of doing things by introducing technology into an otherwise low-tech world with Coaches.

We started off the Clinic with a blank whiteboard simply asking coaches to write reasons as to why the old-school way, spreadsheets, SUCKED. Our wording was chosen carefully to illicit an emotion and really capture coaches’ attentions. When you have someone tell you something “SUCKS”, you tend to perk your ears. What we got at the end of the Clinic was a number of fantastic reasons why the old-school way is a real PAIN. 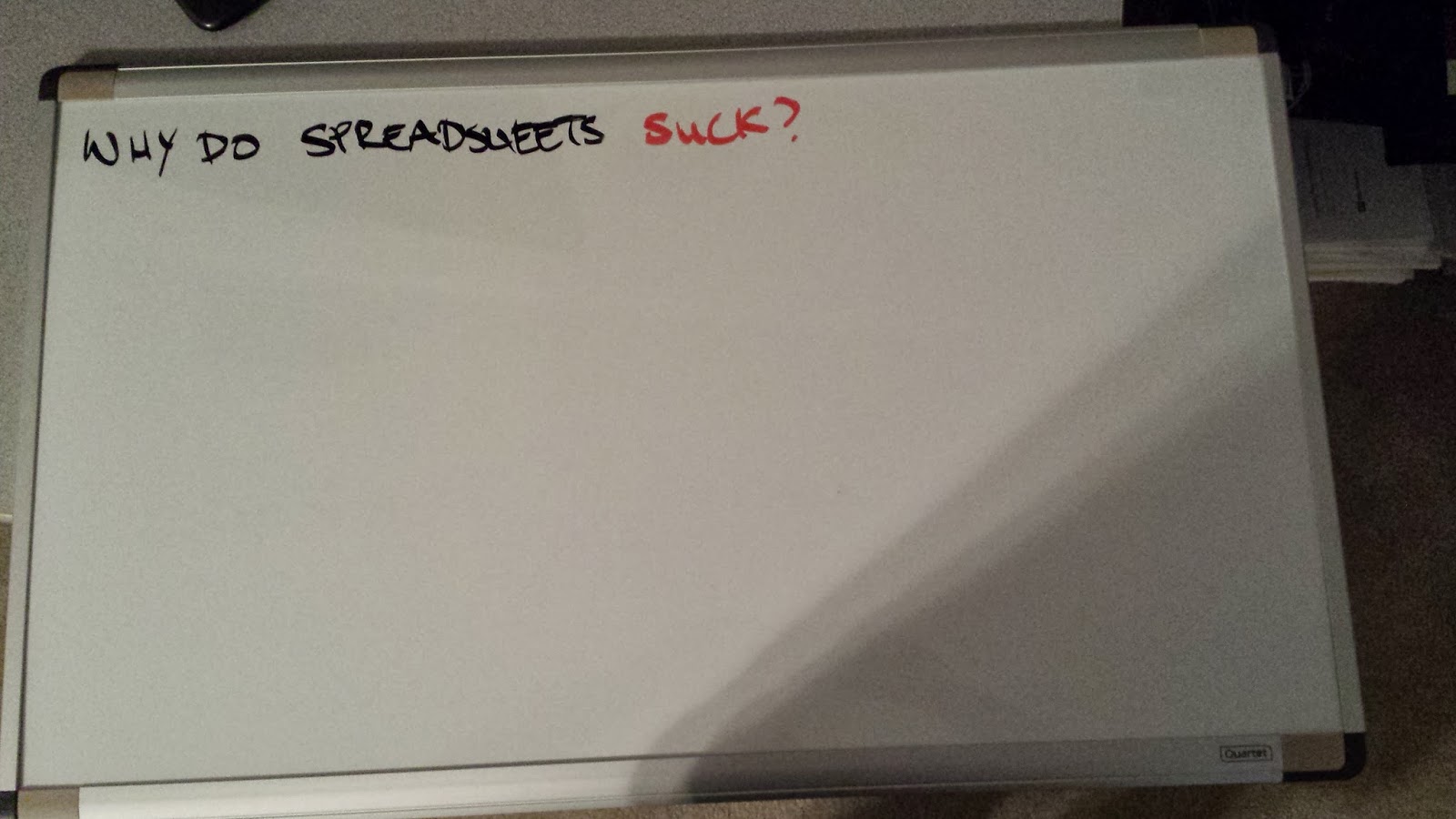 Our new marketing strategy hit on a number of cool things, sometimes not intended, including:
So in the end, we got 70+ contacts… several which are very warm leads, and several who have already signed up for the free trial. Of course, the hardwork comes really after the Clinic as we engage with the contacts to convert into trials which then we must try to convert into sales. But our initial momentum has yielded 3X the leads and contacts, and we didn’t even have our wonderful fitness models from last year!
And as for the whiteboard, it was a great idea that we used, and one that came out of nowhere. It reminds me of one of the great lessons my Entrepreneurship professor, Charles Goetz, taught me while I was at Emory, and that was the difference between latent vs. active needs. Approaching an industry and individuals where technology hasn’t been a big deal until recently (unless you’re in a research lab or something), a lot of the old-school methods can be dubbed “latent needs” where users don’t know about the pain and don’t need to address till they come to that bridge. What bringing the pain-points of old-school front and center, we might have just recategorized the old-school methods as ACTIVE needs. This, now allows us to address those needs directly with Body Boss. 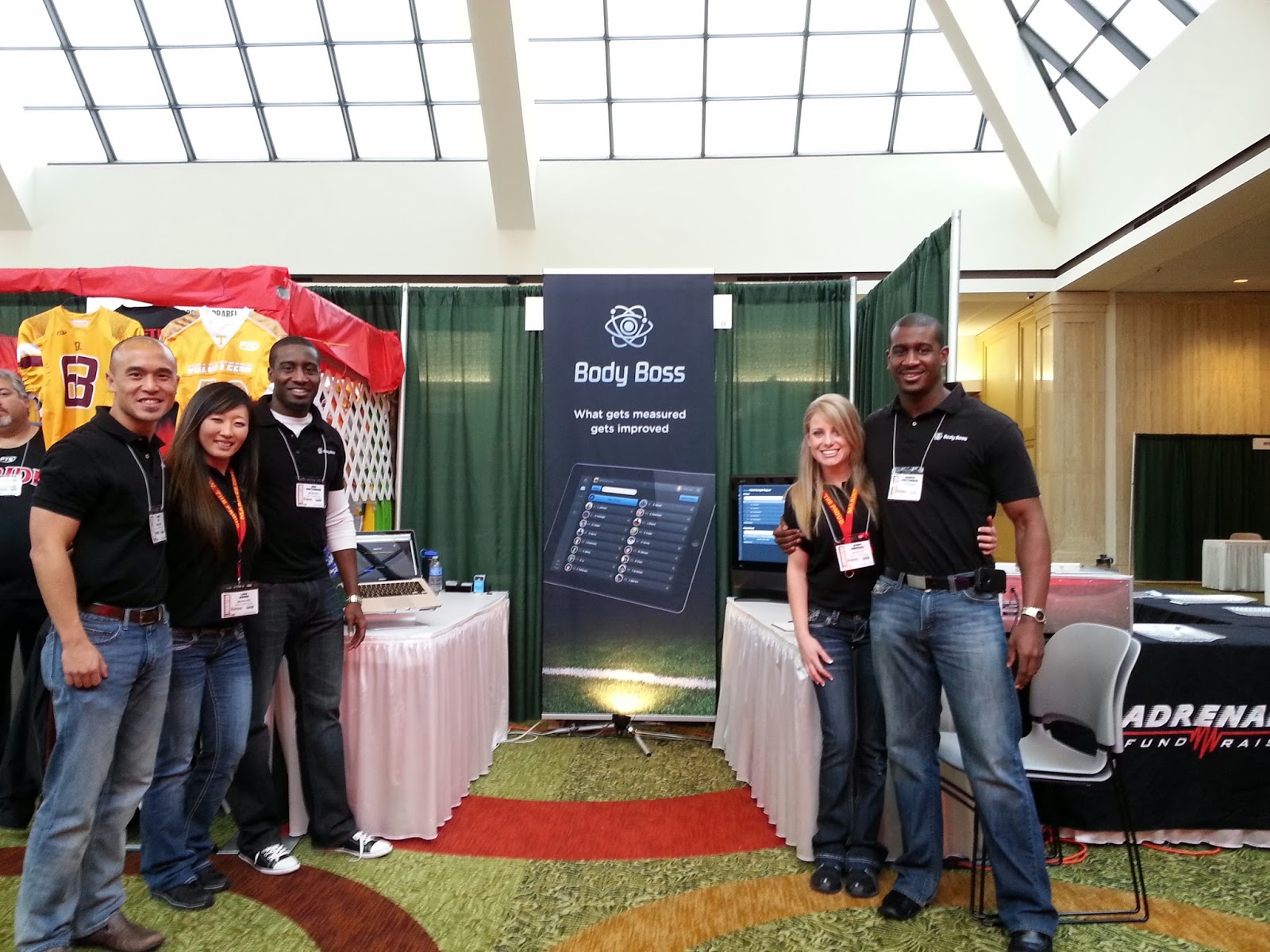 Into Year 2 now for Body Boss (since launch), and it’s Go Big or Go Home time.  Since we launched last year, we found conferences and clinics are really great platforms for us to market and sell Body Boss.  Especially for our target audience, the big clinics occur in the late winter months into the early part of summer. In fact, we’ve got a big Coach’s clinic this weekend for mostly high school football coaches throughout the southeast for the Glazier Football Clinic.

Preparation can really set yourself apart and really be a great marketing and sales diving board if done well.  So here are some tips and pointers for you as you think about heading to a conference either as an exhibitor or just an attendee… 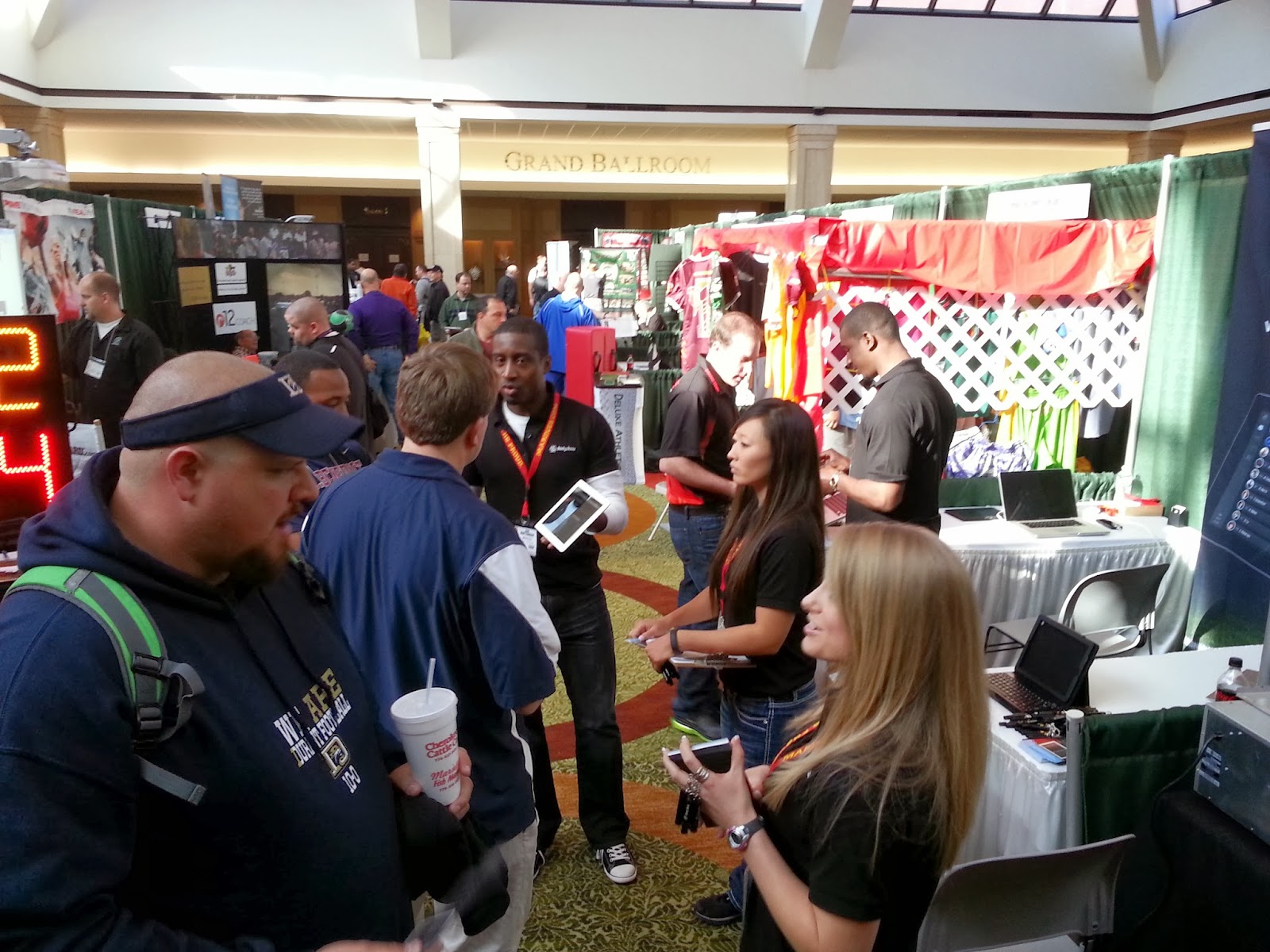 Presentation is half the battle, especially, I think, at conferences where you’re really trying to lure people in. Then again, the best strategy is to have a strong following via word-of-mouth which could end up funneling potential customers TO you rather than you pulling others in. And while you’re talking to the masses, you’ll no doubt intrigue others to stop in and hear what you’re all about. Kind of sounds like a quality street show, not that I say it…

What are your thoughts on conferences?  What might I have missed?