I don’t have a thought-provoking post today, but instead, I’m going to share a few pictures I took of the door to the men’s bathroom at Atlanta Tech Village back in January. Why? Because in the spirit of entrepreneurship, 1) I think these pictures are great representations of user experience not matching its intended design and 2) lean startup methodology for a short-term resolution.
So the first picture here is of the door leading to the bathroom on the first floor. Looks pretty simple and straight forward, right? Except, it’s not. 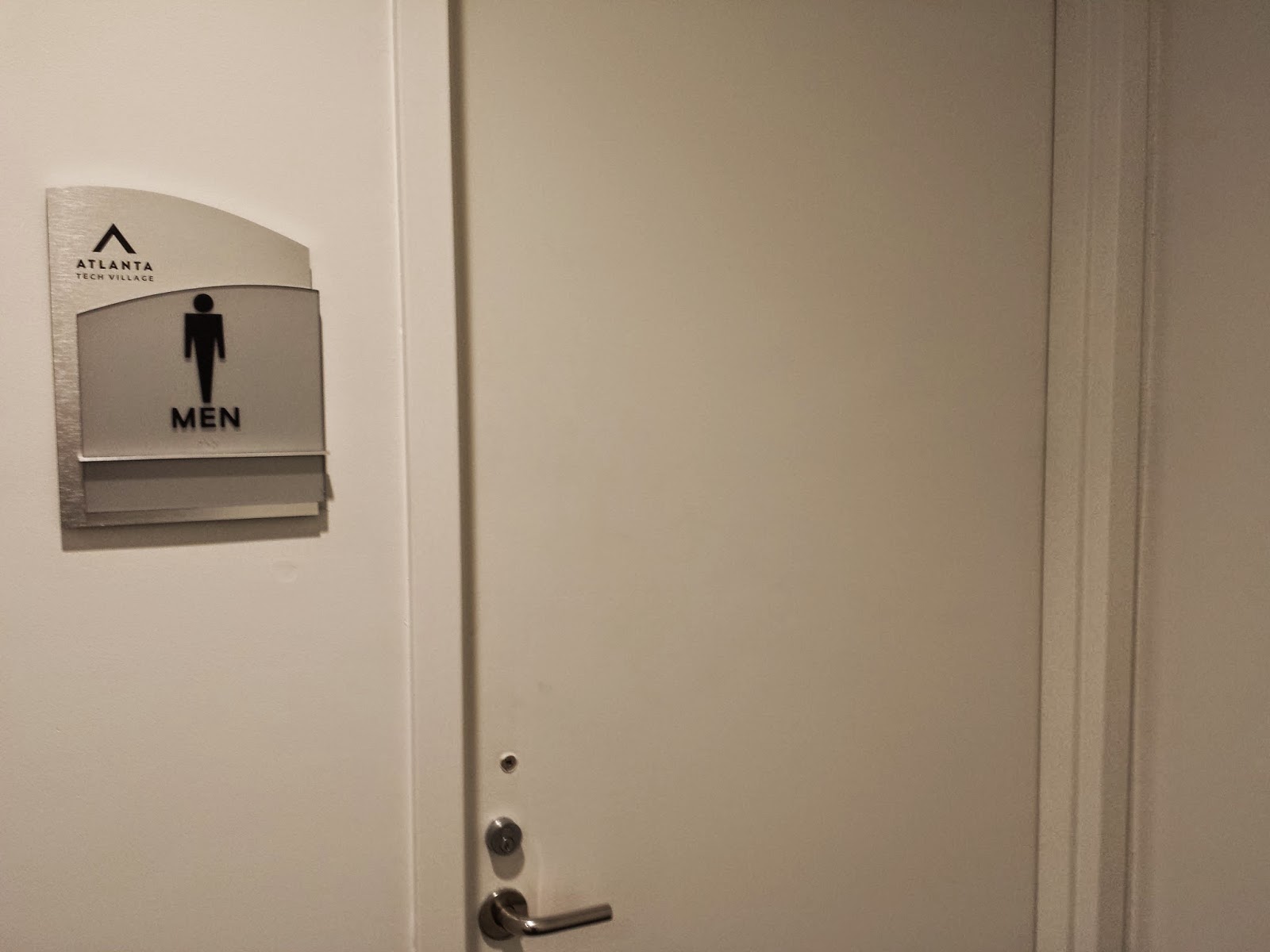 You see, design-wise, this simple entrance and exit would normally mean you turn this little doodad: 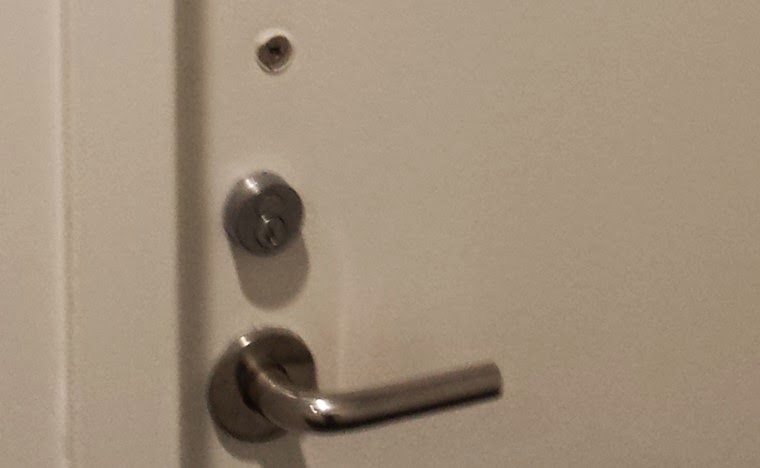 Yes, a door knob. Except, when you go to turn it, it doesn’t turn. So, it’s pretty common to see people walk up to the door, attempt to turn it, find it “locked”, and either wait for someone inside to open (thinking someone’s inside), or leave altogether.
Upon closer inspection, the door jam is stuffed with paper. Instead, this door is meant to be pushed [from the outside]. See, this door knob is really arbitrary, and actually, it’s misleading. Here’s an example where design and engineering aren’t matching. 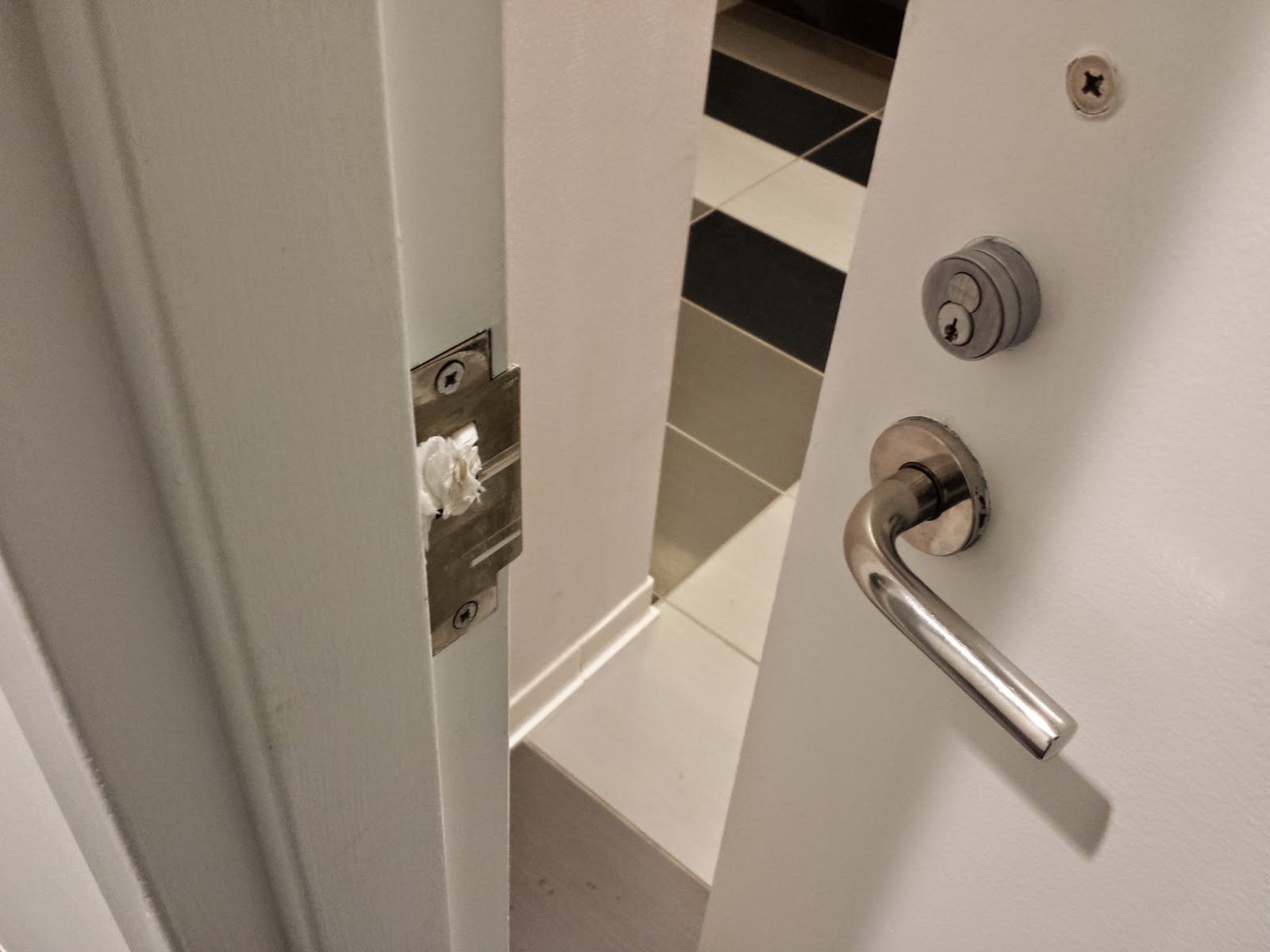 What this door should have is a simple “push” plate/ handle like you would find in any other push/ pull door. Yeah, like this one: 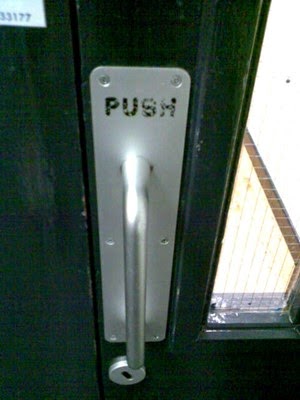 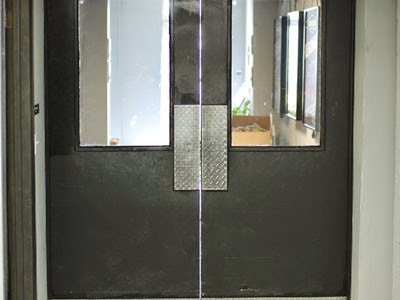 You get the point.
Anyways, leave it for someone to implement a really simple solution in a rather lean startup way… 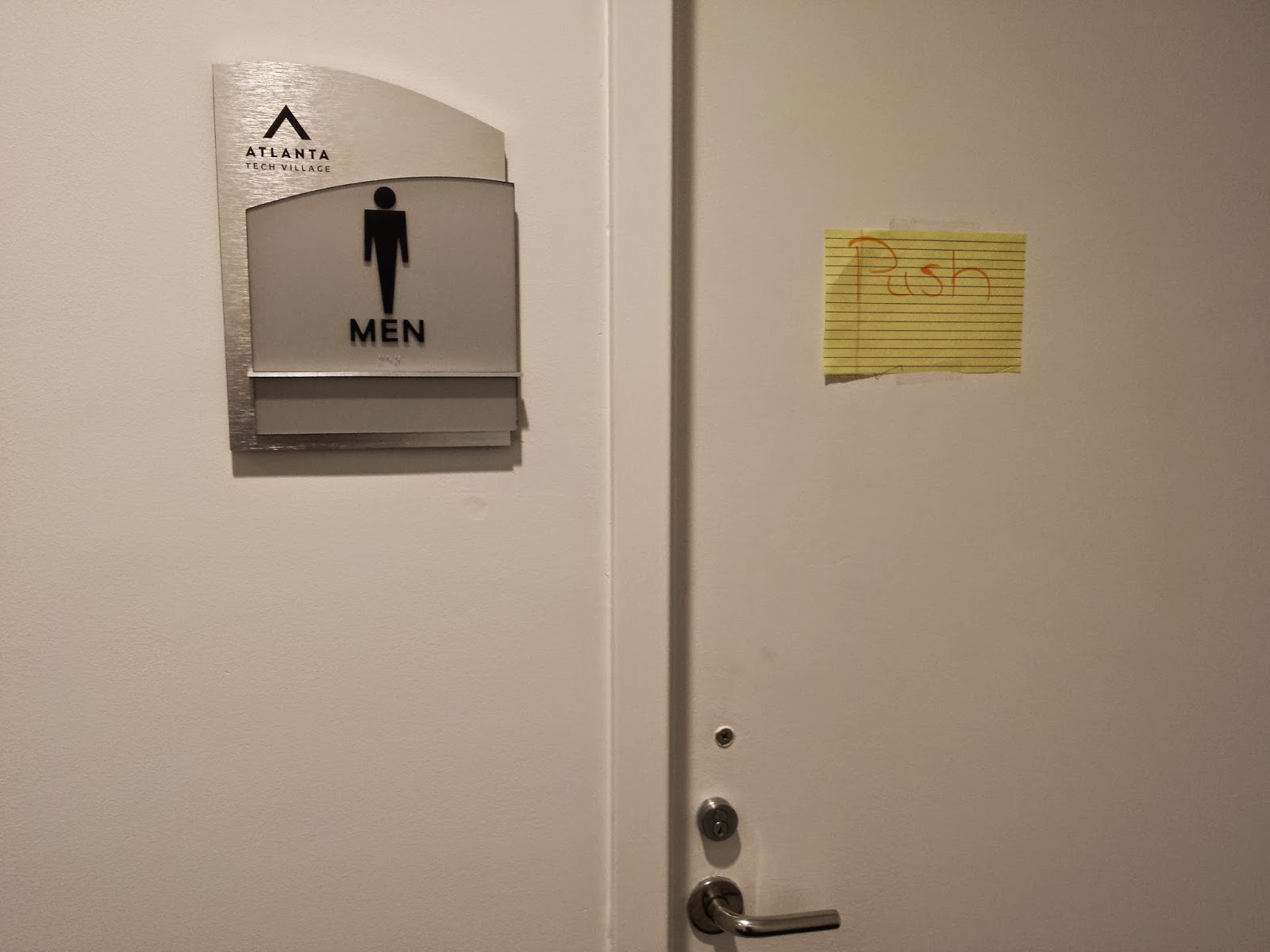 I don’t have a picture of the door since January, but I’ll update this post after Friday when I stop by ATV to see what’s changed. Last I remember, it hasn’t quite changed. Instead, I’ve just gotten used to ignoring the door knob and pushed through. 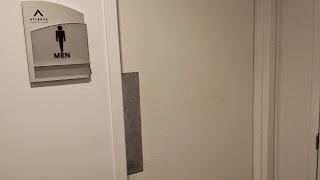 They implemented a push plate — there you go…
So the point here is really very simple: design simply and ensure user experience matches the design you intended. Sure in this example, users can get upset or worse have a kindergarten accident (hopefully not likely). But in today’s technology world, we as entrepreneurs, designers, and builders sometimes do not get second chances before users dump our app or SaaS in favor of a simpler, accurate, and engaging user experience.
Also, sometimes the most effective solution is really a lean startup-like solution in the short-term. In this case, a simple note taped to the door notifying the user to “Push” is sufficient for now. Most people will overlook the tackiness of this approach before you can actually replace the whole door knob in favor of one of the “Push” handles later.
April 15, 2015/by Daryl Lu
http://www.daryllu.com/wp-content/uploads/2018/10/entrepreneurial-ninja_logo_sm.png 0 0 Daryl Lu http://www.daryllu.com/wp-content/uploads/2018/10/entrepreneurial-ninja_logo_sm.png Daryl Lu2015-04-15 14:13:002020-12-09 10:17:42This Bathroom Door: Where User Experience Does NOT Match Design
Have You Met… 7 Tips for Introductions? The Finance of Startups: For Dummies (Part 6)
Scroll to top